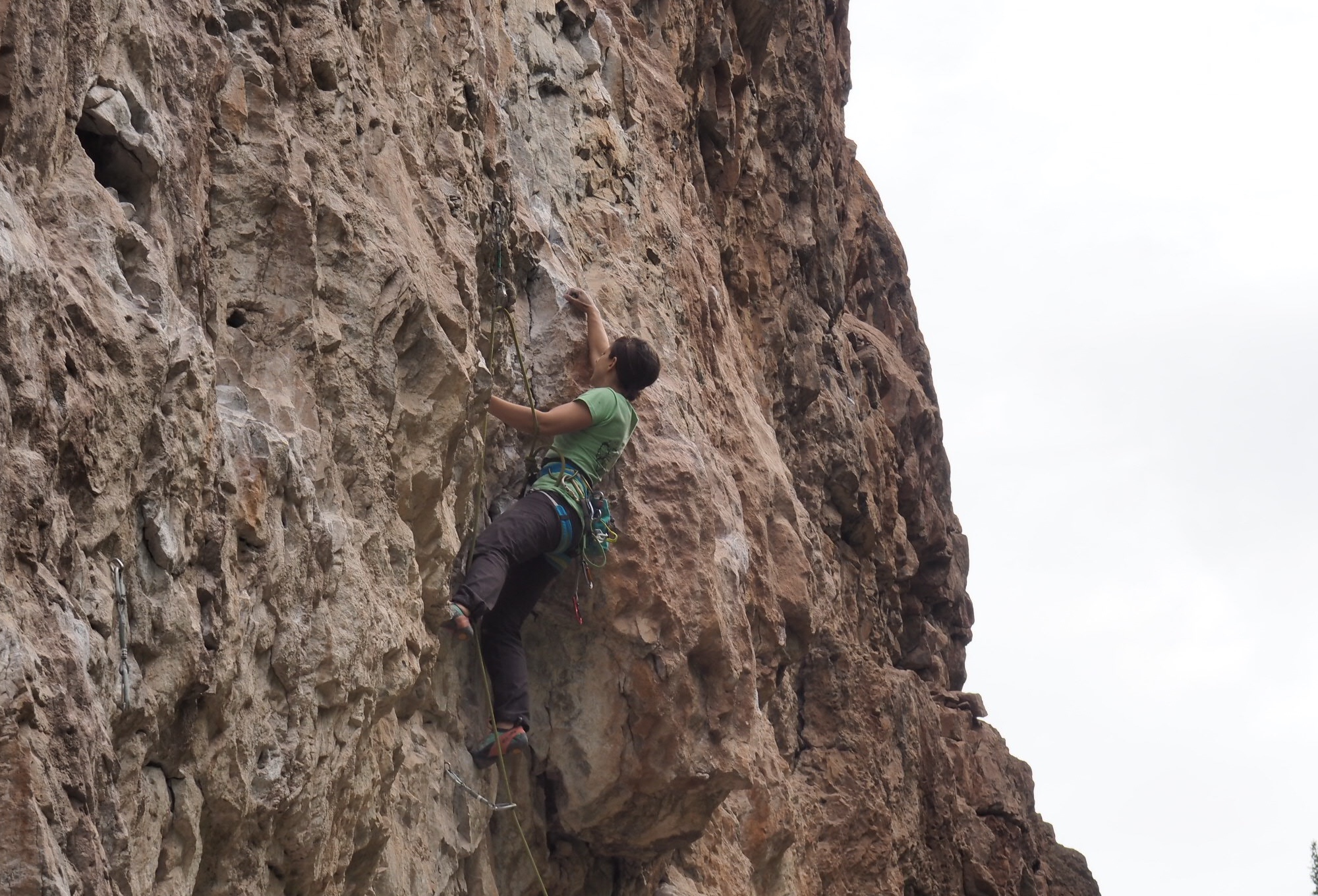 Hello all, hope this cooler fall weather is treating you well. In the southeast, the rainy season is up and running. We got lucky with a perfect September of almost no rain though, thank goodness!

This past weekend, Dustin completed his goal of completing 10 climbs graded 5.11a or 5.11b. He sent his first 5.11a, Cross-Eyed and Blind, back in June, and since then has remained committed to focusing all of his outdoor climbing efforts towards ticking off an additional nine routes. I was supportive of this goal throughout, but still often gave him flack for not even looking at other routes that were graded harder or easier than 5.11. However, it is remarkable that in just under four months, he was able to off a total of seven routes graded 5.11a and three routes graded 5.11b.

Why was he so intentional about completing this goal? Well, prior to completing his goal of 10 5.11s, Dustin and I had randomly hopped on an extremely classic 5.12a at the New River Gorge, Psycho Wrangler (I mean there is a photo of Lynn Hill climbing the route on Mountain Project so that means it has to be classic, right?). The route is powerful, fairly short, and thankfully perma-drawed, making it a popular route for ambitious climbers like ourselves. We worked through the first five or so bolts, but were shut down mid-way up the route. Despite this, the route somehow stuck out to Dustin as THE route that him finally fall in love with the New River Gorge. For backstory, the New has notoriously stout ratings compared to other comparable crags, and is not very friendly to sport climbers that don’t climb at least 5.11. Likewise, prior to climbing Psycho Wrangler we hadn’t spent much of our time at the New due to not feeling “good enough” for it. This route changed Dustin’s perspective dramatically, and seemed to propel him to finally build his outdoor base in regards to sport climbing.

After a few frustrating sessions on the route, we decided we’d save ourselves a lot of discouragement by building up our strength and outdoor base in order to eventually come back and being able to link the moves more quickly and efficiently. So that’s what we have done, and in the end it has likely made him (and me) better climbers for it.

Because in his doing so, as his primary climbing partner, I also ended up dedicating myself to projecting the same routes he was each weekend as well. I only sent my first 5.11a outdoors back in February in Red Rocks. While I didn’t have a specific goal like Dustin, I still have made it a point to project and usually successfully send a new 5.11 almost every weekend I’ve climbed outdoors since then, and as of mid-October, my tick count has increased dramatically as well. We have also made it a goal to project different styles of climbs as well. While I prefer slightly overhanging endurance climbs, I’ve also made it a point to work routes that are short, burly, and powerful as well. I report all of this not to gloat or speak highly of myself, but to illustrate an important fact that might get overlooked sometimes:

One of the most effective ways to climb harder is to build a solid outdoor base.

This isn’t to say that it isn’t okay to try harder routes sometimes! I currently have my first real 5.12a project at the New River Gorge. It is a 90 foot route, slightly overhanging, with 3 v3/v4 boulder problems stacked on top of on another at the top of the climb. It is HARD for me, but I feel confident that the primary reason I can even make all the moves on this route is by gaining lots of mileage on mostly overhanging/slightly overhanging 5.11s this year. Likewise, my strategy to send this climb within the next 6 months will focus primarily on continuing to build my base in the outdoors:

1) My fall/early winter goal is to send a 5.11c at the New. Ideally, I’d like to do this by the end of November, but that’s weather permitting. The southeast in general tends to be pretty rainy in the fall. However, Dustin and I climb throughout the entire year outdoors as long as its not wet and above 40 degrees. In addition, I’d like to send an additional 5 5.11a/bs as well to continue to grow my overall base.

2) It’s also important to consider WHAT exactly about the route you’re projecting is causing trouble for you. In the case of my project route, it entails a 30 foot power endurance section with one very poor rest. The crux moves entail big moves that are very core intensive, essentially. These skills are something I can easily work in a gym environment, whether through campussing or core workouts in order to prepare physically. I personally am working with an awesome new coach right now (shoutout to Chelsea Murn with @ladybetacoaching) to help me with my power/strength goals.

3) By spring (March or April), I will hopefully feel physically ready to work my 5.12a project with the aim of sending it more quickly than if I focused all my efforts towards it now.

4) I also will add that throughout this fall/winter, I will still try my 5.12a project if I’m able to and work through the moves and rehearse beta without intentionally trying to redpoint the route, despite how tempting that might be. My primary goal here is that I’m not going to focus all of my outdoor climbing focus on this route until I continue squaring up my 5.11 base to make that 5.12a send come all the more easily 🙂